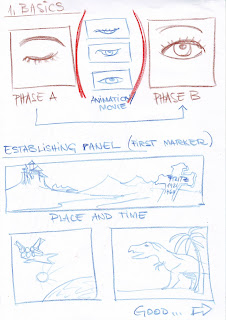 Step 1: The basics of comics. Try to make clear that what we do is using the space (paper) to express time (stories, actions, events). We also use a static medium (image) to show dynamic stuff. We can’t do it without the (unconscious and sometimes unwilling) help of the reader.
We use panels to isolate MOMENTS of the story. The movement, or what happens between these moments is BETWEEN the panels, in the white space. The reader completes the story by jumping from panel to panel and filling the spaces between.
Usually, the moments between panel A and B are shown in movies or animation. When we see A and B, we intuitively understand the motion between them.
The first panel in a story is called an establishing panel, because it shows the place or/and time of the story. Usually it’s large and has the necessary elements to give an idea about place and time (castle, cross, Fritz and a date = Middle Age, Christian country, German). Same thing with the spaceship or the Tyrannosaurus). They're the first markers of the story. Secondary markers or tags will appear later: elements you place inside the panels to create an atmosphere (kitchen, bedroom, barber's shop, supermarket, town or village, ethnic, folkloric or historical items. Once you've placed them, you just repeat them from time tot time, when you return to the place, remind the reader where you are. So you don't have to draw the whole kitchen again; just show the coffee machine in a corner and that's enough). 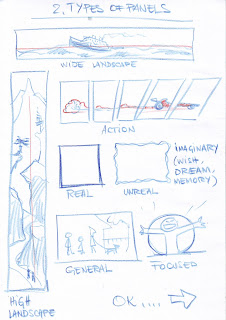 Step 2. Types of panels. Wide or high, we use them acoording to their content, to what we want to show inside. Don’t use a high panel for a wide landscape – you'll lose space.
The straight-lined panels show real things. The curved margins are for imaginary things. 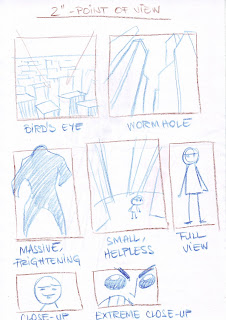 2”. Points of view. This is a very schematic presentation of two movie techniques: perspective and distance. You have to show either large and wide spaces, or small or very close details. The PoV also produces emotional effects, when you draw/see the vilain from a wormhole perspective, or you get very close to the character’s eyes. 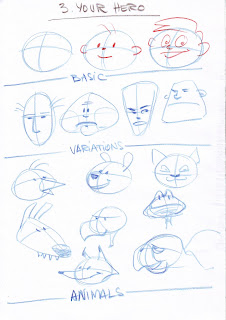 Step 3. Your hero. I used this to show the kids how to draw simple figures, which have personnality (the classical ball trick). Basic figures, shape variations in human and animal forms. Let them play a whole day with it. 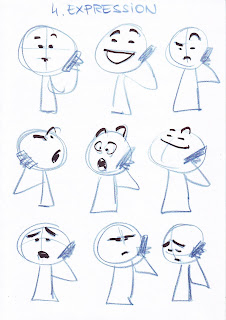 Step 4. Expressions. If you draw on 10 panels the same two girls, talking, with the same faces and same position, you lose the reader. He’ll close the book and throw it away. So you use their face and body to show what they feel, to involve the reader in the dialogue and in the action.
I’ve done some juggling, clowning, theatre and pantomima workshops, just to learn to exaggerate the face and body language. I also teach my students to uste their faces and bodies to show emotions. (try this: call a child in front of the others, and ask another to command: Happiness! Sadness! Surprise! Pain! And if the “actor” isn’t able to impres the public, or if the “commander” isn’t happy with the expression, let him, the “comander” to get in the middle and do it right. So he becomes the “actor” and someone else will command. This is VERY funny!!!! They love it!!!
So, back to business. In a simple face, we have three main horizontal lines: eyebrows, eyes and mouth. Play with their position, see what it happens. Then ask the students do draw sadness, surprise, anger, pain and so on. 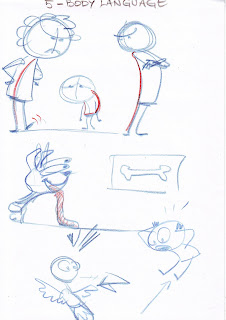 Step 5: same for the body. Let the students come in the middle and express fatigue, force, sadness, ONLY with their bodies, and let the “public” guess what the actor has shown. Then let them draw attitudes or movements. How do you carry a flower? What effort does it take? How about a big stone? Or pushing a car? Trying to hold a big dog who has just seen a cat? Let them draw exaggerated, funny attitudes – a bird losing its beak, a hungry dog with extended tongue, a human jumping out of fear. 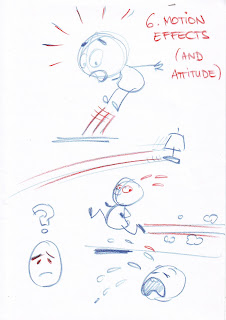 Step 6. Attitude and motion. Continue from static to dynamic attitudes: running, climbing, carrying luggages, picking up flowers. Exaggerate and make fun.
In comics, we use motion lines to show the direction and speed of a motion. You can multiply the edges of a shape to create the illusion of movement, draw small dust clouds on the street, sweat or tears, etc. 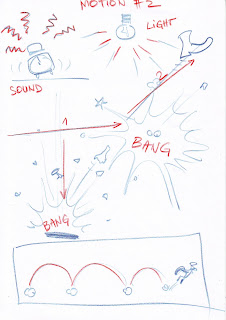 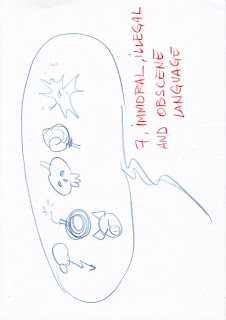 Step 7. oh. Here’s the politically incorrect page. These are the ancestors of the Emoticons: small symbols of anger, revenge, curses and insults and all the F-words which your mama wouldn't like to hear you saying. Use with care. 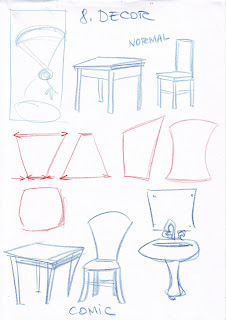 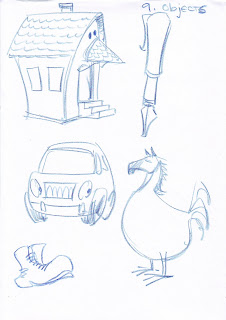 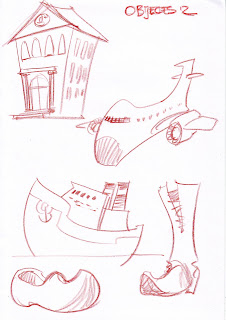 Step 8 and 9.  The objects. If you draw realistic comics, you’ll unfortunately have to draw things as they are. If you also want some fun, you can caricature objects, just as you do with humans or animals. Take a rectangular shape (house, door, table, window) and play with its angles, edges and corners. You may find a comic shape that passes to your character drawing style. 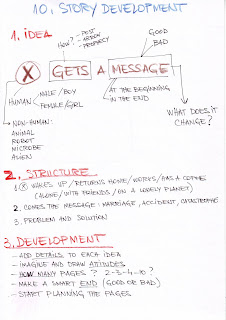 Step 10. Now we get to the serious stuff. 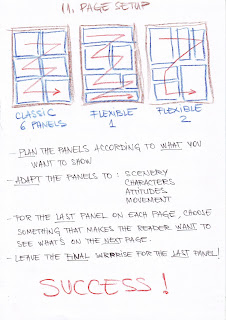 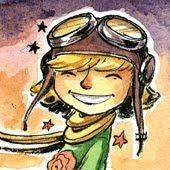